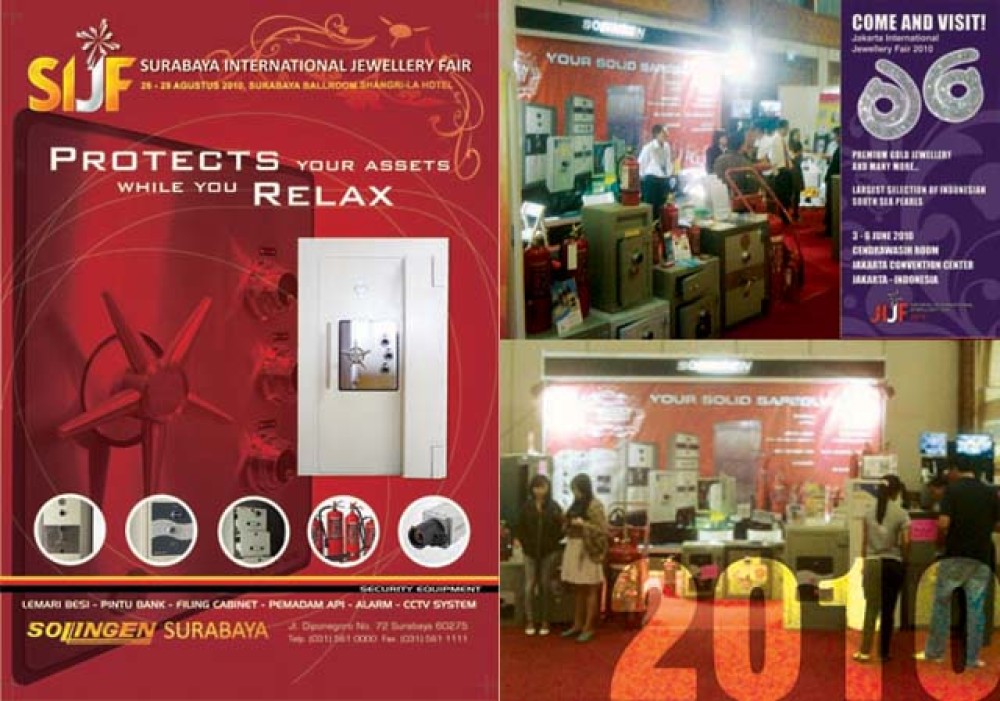 2010 Protects your assets while you relax 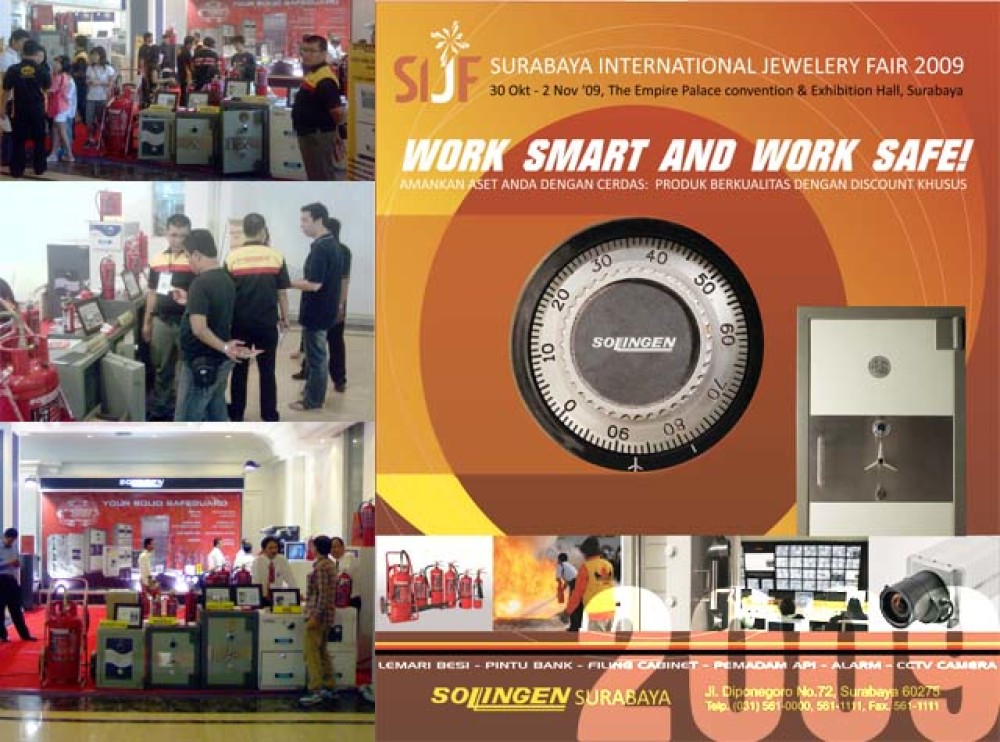 On October 30 - November 2, 2009, we exhibited and sponsored the Surabaya International Jewellery Fair at The Empire Palace Convention & Exhibition Hall, Surabaya 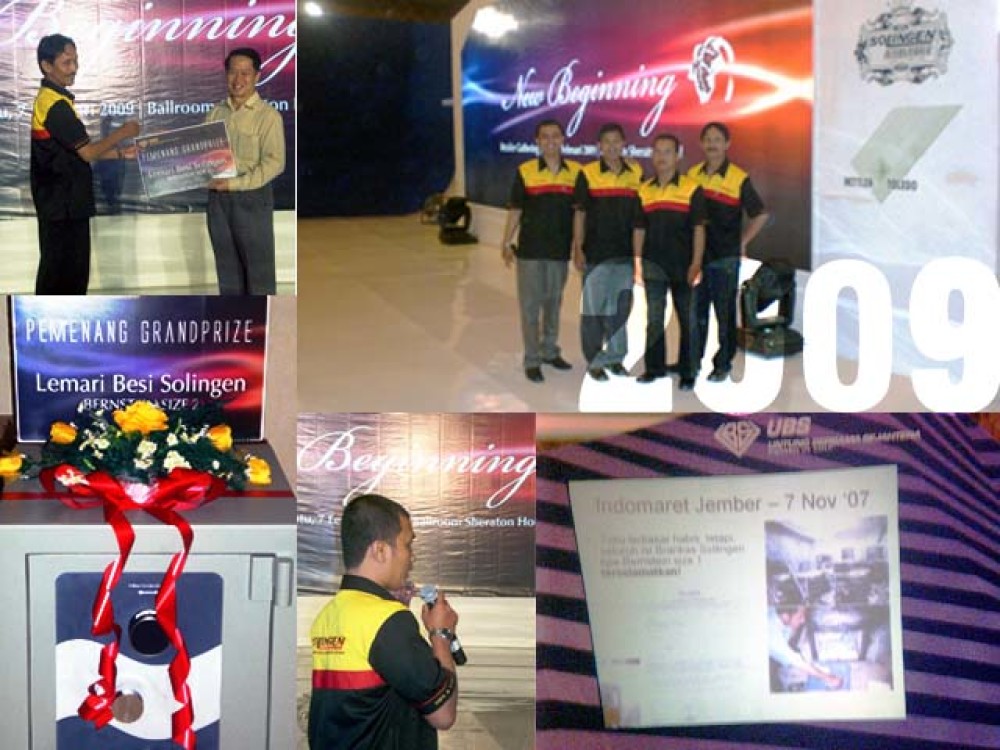 On February 7, 2009, we participated in the New Beginning, a retailer gathering event hosted by UBS, one of the largest jewellery factory in Indonesia.  In the event, we managed to educate the gold shop owners on some techniques to choose the right safe.  We also sponsored the Grand Prize of a Sollingen Bernstein safe, the best selling safe today. It was such a rewarding experience! At the heart of each Sollingen personel, the motto "YOUR SOLID SAFEGUARD" is engraved as a promise to provide the best security to protect our customer.